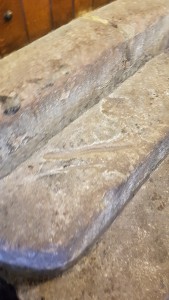 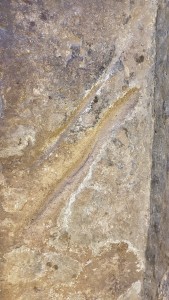 The pictures above show a gash in the stone step. Legend says this gash was made by soldiers of Jacobites, Lawnmarket, Edinburgh, sharpening their swords on the stone before the 1689 rising.

In 1689, a year after King James VII of Scots went in to exile in mainland Europe, there were several attempts to restore him to the British throne. One of those rising’s was in Edinburgh.

One of the demands of the new King William of Orange was that Edinburgh Castle’s Governor surrendered the fortress to him. The Governor was the Duke of Gordon, who had been appointed by the exiled James VII. He refused to surrender Edinburgh Castle., staying loyal to King James.

In March 1689 events came to a head. The castle was blockaded by 7,000 of King William’s troops against a garrison of 160 Jacobite supporters.

On 18 March Viscount Dundee (a Jacobite supporter intent on raising a rebellion in the Highlands) scaled the west side of the castle rock and urged the Duke of Gordon to hold out against the blockade. He agreed to hold out but also refused to fire upon the city! The resulting siege dragged on for 3 months. Gordon surrendered the castle when his food supplies ran dangerously low.

These steps are found just off the Royal Mile. In the Lawnmarket area of the Royal mile look for Brodie’s Close. Walk down in to the close, on the right hand side are the stone steps. One has the gash in it. You may need to search a bit as the steps can sometimes be hidden with furniture from Deacon Brodie’s cafe.

Reward your sleuthing efforts with a coffee.

Under the North West side of Edinburgh Castle you will find a boulder commemorating the meeting and decision to hold out against the blockade. 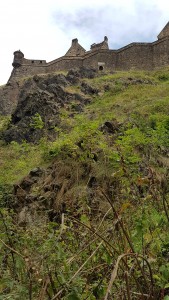 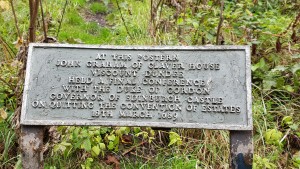 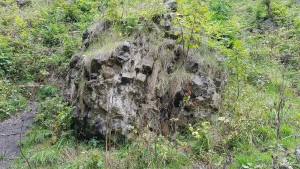 The sign reads “At this postern John Graham of Claverhouse, Viscount Dundee held a final conference with the Duke of Gordon, Governor of Edinburgh Castle on quitting the Convention of Estates 18 March 1689”

This poem was written about this Jacobite event and has become a well known Jacobite song.

To the Lords of Convention ’twas Clavers who spoke.

‘Ere the King’s crown shall fall there are crowns to be broke;

So let each Cavalier who loves honour and me,

Come saddle your horses, and call up your men;

Come open the West Port and let me gae free,

And it’s room for the bonnets of Bonny Dundee!

Dundee he is mounted, he rides up the street,

The bells are rung backward, the drums they are beat;

But the Provost, douce man, said, “Just e’en let him be,

The Gude Town is weel quit of that De’il Dundee.”

As he rode down the sanctified bends of the Bow,

Ilk carline was flyting and shaking her pow;

But the young plants of grace they looked couthie and slee,

Thinking luck to thy bonnet, thou Bonny Dundee!

As if half the West had set tryst to be hanged;

There was spite in each look, there was fear in each e’e,

As they watched for the bonnets of Bonny Dundee.

These cowls of Kilmarnock had spits and had spears,

And lang-hafted gullies to kill cavaliers;

But they shrunk to close-heads and the causeway was free,

At the toss of the bonnet of Bonny Dundee.

He spurred to the foot of the proud Castle rock,

And with the gay Gordon he gallantly spoke;

For the love of the bonnet of Bonny Dundee.”

The Gordon demands of him which way he goes?

“Where’er shall direct me the shade of Montrose!

Your Grace in short space shall hear tidings of me,

Or that low lies the bonnet of Bonny Dundee.

“There are hills beyond Pentland and lands beyond Forth,

If there’s lords in the Lowlands, there’s chiefs in the North;

Will cry hoigh! for the bonnet of Bonny Dundee.

There’s steel in the scabbard that dangles beside;

The brass shall be burnished, the steel shall flash free,

At the toss of the bonnet of Bonny Dundee.

Away to the hills, to the caves, to the rocks

Ere I own an usurper, I’ll couch with the fox;

And tremble, false Whigs, in the midst of your glee,

You have not seen the last of my bonnet and me!

He waved his proud hand, the trumpets were blown,

The kettle-drums clashed and the horsemen rode on,

Died away the wild war-notes of Bonny Dundee.

Come saddle the horses, and call up the men,

Come open your gates, and let me gae free,

And it’s room for the bonnets of Bonny Dundee! 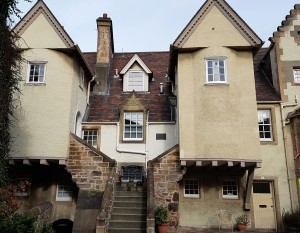 This Outlander Royal Mile Walking Tour allows you to not only tour with an Outlander fan, but also to get insider information from someone who has been an extra in the Outlander TV Series about how Outlander is filmed.

Go behind the scenes and discover the real set for the Outlander novels Dragonfly in Amber and Voyager as we walk up the Royal Mile in the footsteps of the Edinburgh that was known to Jamie and Claire from Diana Gabaldon’s book series and hit TV Series. Also discover the Royal Mile when it was occupied in 1745 by the Jacobites.

The tour will end in Lawnmarket, Royal Mile